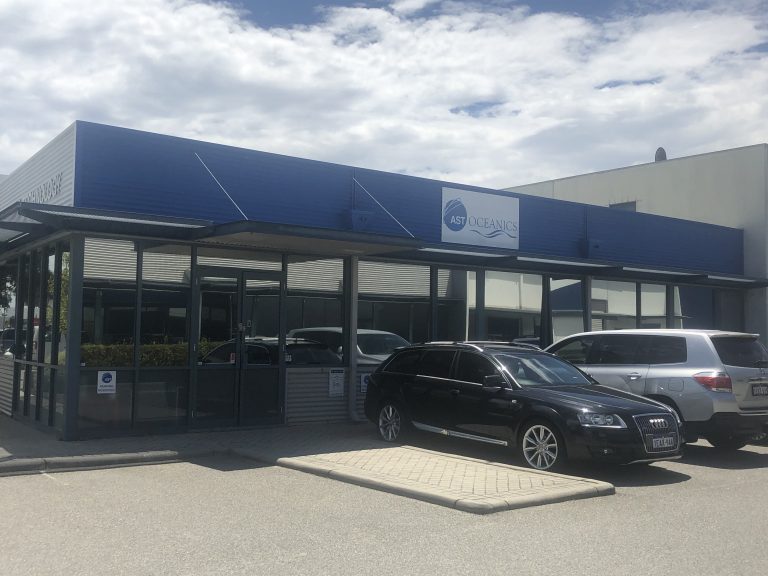 The AST Group is an international provider of satellite communications solutions for marine, aviation and terrestrial environments with representation on all continents. The Group endeavours to maintain a strong presence in all of its key markets by its commitment to business growth, investment in its people and involvement in the industry and community it supports.

AST Oceanics (formerly Gardline Australia Pty Ltd) is based in Osborne Park, Western Australia, and is the marine asset management arm of the Group. The company plays a key role in the diversification strategy of the Group’s business development in Australia and the Asia Pacific region. Clients include:

Our team comprises both sea and shore staff who are qualified, experienced and dedicated professionals who collectively possess a highly refined sense of “mission achievement” that sets us apart from most other companies that offer similar services.

We emphasise the need to sustain and develop a culture where we believe it is possible to work safely without injury, illness or polluting the environment, regardless of where we operate or the task that we undertake.

AST Oceanics began life as Gardline Australia Pty Ltd. The company was a wholly owned subsidiary of Gardline Shipping Ltd, a privately owned British business that owned blue water survey vessels, operating them around the globe. Gardline Australia was established in 2006 to crew and operate three Gardline owned ships, TRITON, ASHMORE GUARDIAN and OCEANEER, in support of the Australian Border Force’s Northern waters border security maritime patrol regime. These three vessel contracts spanned the period 2006 – 2015 and were supplemented in that period by additional contracts with the ABF to design, build and then technically maintain a new patrol vessel, the THAIYAK which entered the ABF fleet in 2014.

In 2014, Gardline Australia was awarded a contract by Australian Maritime Systems Pty Ltd in Brisbane, to provide and operate an Emergency Towing Vessel (ETV) for them on behalf of the Australian Maritime Safety Authority. From mid-2014, the Cairns based vessel, CORAL KNIGHT, performed AMSA’s first strike emergency response capability in the event a vessel went aground or collided with another vessel within the Great Barrier Reef (GBR) and supported ongoing maintenance of aids to navigation in the region. The contract also required the provision a new design ETV into the contract by mid-2016 to replace the CORAL KNIGHT which was chartered. Unfortunately the ship yard was unable to deliver within the contracted build time and Gardline Australia withdrew from the contract in March 2017.

Other work has included marine engineering of various types, RHIB maintenance and the provision and management of a vessel to track and monitor blue whales along the Antarctic ice margin.

From late 2014, offshore survey activities experienced a significant downturn as oil companies cut their exploration programmes. This situation led to business consolidation in the offshore industry across the globe. In mid-August 2017 the Gardline Group was acquired by the Dutch dredging giant Royal Boskalis Westminster NV. The company had been privately owned by the Darling family in the UK since its inception in 1969. At the same time, Gardline Australia was acquired by Applied Satellite Technology (AST). AST is owned by the former Chairman of the Gardline Group, Mr Gregory Darling. In mid-December 2017, Gardline Australia changed its name to AST Oceanics Pty Ltd to reflect its new ownership. AST Oceanics has retained the Gardline Australia business registration details and remains in the business of marine asset management, specialising in the management of special purpose ships and offshore facilities.

Note: To avoid the possibility of confusion the remainder of our website refers to AST Oceanics and not Gardline Australia, including in historical reference, unless directly relevant.

Gregory is the owner and Managing Director of the mobile satellite services group, Applied Satellite Technnolgy (AST), a business that he founded and has lead for more than 25 years. AST is a significant provider of mobile satellite services globally and is represented on all continents. Across his working life, Gregory has garnered extensive business experience and acumen in  fields other than satellite communications, including international shipping where he served as Chairman of the Gardline Group. In this capacity Gregory was appointed Joint Chairman of the UK Maritime Industry Group and served as a Director of the UK’s Society of Maritime Industries. Gregory established AST Oceanics (formerly Gardline Australia) in 2006 in response to an opportunity he identified to provide maritime security services to the Australian Government. He has been the company’s Managing Director since 2006 and is now also AST Oceanics owner.

Kevin’s working career began in 1968 as a seaman officer in the Royal Australian Navy, later specialising in hydrographic surveying. On leaving the Navy, Kevin completed an honours degree in surveying at the University of NSW, and became a Licensed Surveyor. He worked in several countries on offshore projects such as Woodside’s North Rankin WA development. In 1987 he joined engineering and surveying consulting firm GHD in Perth, where he became senior partner responsible for marine surveys, land surveying, town planning, land development and civil engineering. In 2005 Kevin joined Belswan Lifestyle Estates as managing director, and continues in that role today. Kevin was appointed non-executive director of Applied Satellite Technology Australia in 2004, AST Oceanics in 2006, and Gardline Marine Sciences Australia in 2007.

John’s first career spanned 27 years as a Royal Australian Navy seaman officer during which time he enjoyed challenging leadership and management positions including several sea commands, clearance diving postings and a diplomatic appointment.  In 1995 John retired from the Navy and embarked on a second career as a commercial business owner and operator for his own companies and managed companies on behalf of other owners both in Australia and the Asia Pacific region. John  joined AST Oceanics in 2011 as the BD Manager and is now a member of the Board of Directors.

Neil brings with him nearly 30 years of marine experience which all began as a participant in the first round of recognised Aluminium Boat Building apprenticeships. Throughout the 1990’s and early 2000’s Neil spent most of his time overseas supporting a number of vessel new build programs with a particular focus on supervisory and construction skills transfer for expatriate and foreign workers.  A large part of Neil’s management career has seen him execute Marine asset projects for the Australian Government, Woodside, Doric and John Holland specialising in overseas construction, water transport and remote location onsite set to works. Within the last 10 years Neil has been engaged more specifically on managing marine vessel delivery, tug/barge operations and In Service Support for both Oil – Gas and defence contracts.

Cindy provides operational, technical, logistics, accounts and administrative support to the Oceanics team.  Since joining AST Oceanics in 2013 as a Project Secretary, Cindy has held a wide set of responsibilities with exposure across all departments and is a key part of ensuring the quality of the company’s deliverables.  She has extensive administrative and secretarial experience across a range of industries in the UK and Australia and has recently been promoted to Business Systems Manager.

Brooke joined the AST Oceanics team in August 2019, she previously worked for Gardline Australia for 6 years but left to focus on being a mother.  She has returned to a part time role as Support Coordinator and Assistant Accountant.  As well as managing the accounts she provides administrative support to the AST Oceanics team and is currently branching out and learning new skills in other departments of the company so she can assist when required.

As our newest member to the AST Oceanics Team, Vikas brings with him a high level of enthusiasm backed by 15 years of experience in Mechanical, Marine and Project Engineering.  His most recent tenure whilst in Western Australia has been as an independent Marine Consultant.  Within his role he has been completing technical and mechanical services for vessels, pre-AMSA inspections, ISM implementation and condition surveys.  Vikas holds the qualification of Chief Engineer unlimited recognised by AMSA and an associate degree in mechanical engineering endorsed by Engineers Australia.

Nilima is the Financial Controller (CA/ACCA) for AST Australia and has been with the group for 13 years and joined AST Oceanics team in Jan of 2019.  As well as managing the finance department for AST Australia she provides assistance to AST Oceanics & AST Holdings and has become an integral part of our team. During her time with AST Oceanics she has been involved in month & year-end financial & management reporting, budgeting, year-end audits, banking, renewing insurances, reviewing payroll, preparing cash flows statements, managing Accounts Payable & Receivable, statutory & tax reporting.